Will Arthur, aged 20 years old, from Colchester was diagnosed with testicular cancer in September 2019. 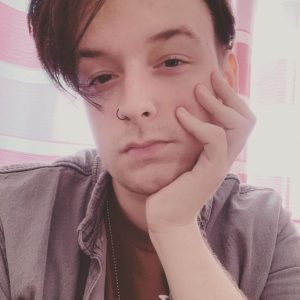 Will understood the importance of seeking medical attention quickly after noticing a change in his body.

He explains “I had a lump where it shouldn’t be. I always check myself on a monthly basis after a shower and knew that something didn’t feel right. I saw my GP the day after I found the lump. The doctor did a quick examination and explained he was concerned and referred me to Colchester General Hospital.”

That same week, after an ultrasound scan at Colchester General Hospital, he was told he had cancer.

Will was immediately listed for surgery. He says “I was put under anaesthetic and woke up feeling much better than I expected to. I was then greeted by the surgeon who said the operation went really well and the lump removed had been sent off for analysis to test which type of cancer it was.”

Fortunately, the cancer had not spread. He is now on a close observation programme, with regular check ups and blood tests, and was able to return to work right away as a Web Developer at Braintree District Council.

He adds ” At the time, I thought I would be terrified, but honestly thanks to my amazing cancer support nurse at the hospital, I was reassured massively and it really helped me to ground myself and collect my thoughts and feelings properly. ”

Will urges any men, both young and older to:

He’s now raising money for Movember, a charity that helps support men’s health issues including testicular cancer, prostate cancer and men’s mental health. For more details about his story, the charity or to donate to Movember, please follow the link MoBro

Affected by this story?

We use cookies to ensure that we give you the best experience on our website. If you continue to use this site we will assume that you are happy with it.Ok